Copying an Album makes a new Album in your account. No album-wide comments, item comments, or replies are copied, and any password is removed from the copy.

All copied albums are marked 'private' so you can adjust them before making them widely available, if you want to.

Provide a one line caption or title

Enter a description for your Album. Descriptions are completely optional. Leave it blank if you like.

Passwords must be 8 characters at least. Existing passwords are never shown. Leave the field blank and either there will be no password (if a password has never been set for this album) or the existing password will be retained.

Private Albums are only visible to those with whom you share.

Who Can Add Items?

Choose how often you want the slides to change.

OR
!
This is an Error Message

Remember me
Forgot password?
!
This is an Error Message

Your digital pictures and files are split into tiny pieces, encrypted, replicated, and distributed securely across many devices at the Internet’s edge.

Our adaptive system continually tracks and maintains the integrity of every file piece, even as storage and devices go offline. Thus, your important memories are never lost.

Vternal Vault doesn’t track your data, sell data to third parties, or have any ads. With the files split-up, encrypted and distributed, there are no backdoors.

What is The Vternal Network?

It is designed to be a place where you can put a digital asset (such as an image, document, or video) today and, without doing anything more, have it be accessible and securely stored for the long-term, perhaps for ever. This idea may seem far-fetched but if the Vternal Network can be maintained over the ages, it will keep a copy of any stored data in its bowels.

Virtually every human being has assets they wish to pass to future generations and there are some items of general interest which lots of people may want to keep - such as the US constitution, the works of Shakespeare or the Bible, for example.

Unlike the digital clouds we are used to, once a file is stored in the Vternal Network you do not have to worry about what will happen to it: there are no maintenance fees. The assets you put in the network should be available, given the right key to access them, in perpetuity. Without the right key, data is virtually impossible to find and, even then, it is encrypted, making it un-viewable. If a key can be passed down through future generations (perhaps by engraving it on valuable things like jewelry), then future generations will be able to use it to retrieve the corresponding album.

It is our belief that the Internet will never go away. It will evolve and the technology on which it is based will change beyond anything we can envisage today, but the Internet will still be around so long as there is technological human life; furthermore the bridge between today’s technology and the future will form an unbroken chain and so long as assets are moved with technology advances there is no reason any data should be lost. As the network evolves any data it contains will travel with it. The creation of the Internet was like the invention of printing or writing. Once done it can never be undone or forgotten as a practical matter. Today there are literally billions of nodes on the network and they could not be turned off or destroyed without a concerted effort by all of humanity - it isn’t going to happen. If vternal software runs on a high proportion of Internet connected devices, if can never be turned off either.

Cloud networks, such as Apple’s iCloud, The Google Cloud or Amazon’s S3 service provide fast, worry free, storage; so long as you pay. They consist of huge, Internet Connected storage arrays which respond to URLs generated by applications. Applications can quickly store, fetch, delete etc. files in the cloud.

Cloud services use servers belonging to the provider. These servers live in huge, centralized, data centers. Users pay regular subscriptions for cloud service, based on usage. The companies that own clouds will cutoff users and destroy their data if they don’t pay their subscription.

By contrast the Vternal Network stores data across all the devices using it. There are no maintenance fees and the data is stored for the long-term. Because all files are broken up, encrypted, and scattered randomly across the network, they are completely secured from snooping.

In fact, the Vternal Network ensures that files you store are not stored on your device. What would be the point of that? All stored files are broken up and everything is encrypted. A typical phone camera picture, for example, may be scattered in encrypted pieces across 200 or more devices.

Some people feel uncomfortable about storing other people's data on their devices. But they shouldn't be, every precaution has been taken to ensure everyone's data is secure and only recoverable by them.

How is Vternal different from other, similar efforts?

There are a number of efforts, such as Storej/Tardigrade, Cubbit, and IPFS (The Interplanetary Filesystem) which are superficially similar to Vternal and which have some of its functions and features. Furthermore there are some systems, such as Bittorrent, which embody many of the ideas we use. Vternal is different though. It is uses the user's devices for storage, even if they are behind firewalls. Our protocols and methods ensure the integrity of data, even if devices come and go continually.

Currently Vternal runs on iOS, Android, Mac's, PC's, and Linux servers. Our plan is to support all devices, from game machines to keychains.

Another thing which differentiates Vternal is our focus on the consumer. We have built applications, such as Vternal Vault, which hide the hard stuff and make for a pleasurable experience free from technical issues. Many of our competitors' products are terribly technical, difficult to use, and set up.

What happens if a device stops functioning and all its data is lost?

Data can be lost because the device it is stored on: is permanently disconnected; breaks; or the Vternal software on it is uninstalled or disabled. But, in all these cases the Vternal Network will recognise that data has been lost and reconstitute it elsewhere. The chances of all the devices storing copies of a particular piece of data being lost is designed to be vanishingly small.

Vternal Vault is an application which enables users to create, store, share, retrieve, and share Vternal content. Vternal Vault runs on iOS, Android and The Web. Vternal Vault allows users to interect with each other and collaborate to create great, lasting content. It also allows you to store your most precious assets and send them to your friends and family, far in the future.

'Future Share' is a feature of Vternal Vault that allows users to send emails, containing links to Vternal content, and custom messages, sometime in the future. For example, it could be used to send messages to your loved ones far into the future. It can also be used to send in the near future, according to a schedule. For example, you could arrange to send an album containing videos of your son's soccer games to his grandparents every week.

What's the difference between The Vternal Network and Vternal Applications?
How much does it cost?
What does Vternal offer developers?
Why are social features so much a part of Vternal Vault?
What happens if The Vternal Network gets full?
I don't like storing anything online. How is Vternal different?
Why should I trust Vternal with my most precious files?
What are Vternal's future plans?

Vternal was founded in 2019 by Martin Dunsmuir and Colin Lamont. It is the 3rd time the 2 founders have worked together.

The idea behind Vternal sprung from a series of unfortunate mishaps. Martin used to have a box of his Grandparents' photos and files, temporarily housed in his basement. A basement flood ruined half of them, which included photos of his grandparents’ lives, celebrations, vacations, and everyday life; dating back before WWI. He digitized what he could salvage and chose to put the files on compact disks; only to have those CDs begin to fail 5 years later. He thought, there must be a better way to store important photos and files long-term.

This led to Martin’s 2005 white paper on using a decentralized network of edge devices for storing and processing.

Having completed long stints at Microsoft and RealNetworks, where he had built a distributed streaming broadcast network, and where Vternal’s founders both worked on a distributed store-and-forward broadband video network, the possibilities of decentralized edge networks were clear to him.

While development at the edge made sense, and progress towards decentralization became more mainstream, it wasn’t until the confluence of excess edge storage, powerful edge processors, and abundant bandwidth, that building the Vternal solution made sense.

Martin R.M. Dunsmuir - CEO/President
Martin holds a Master's degree in Physics from Oxford University, but instead of following the academic track he chose a career in computer programming.

After beginning his career in London he held executive positions at Microsoft and RealNetworks, in Seattle.

Martin is an old-time UNIX guru, having been involved with the platform and its successors since 1980. He is also a serial entrepreneur with a number of successes under his belt. His interest in edge-computing goes back many years. 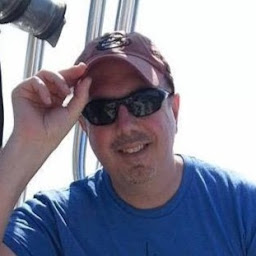 After starting his career covering technology stocks on Wall Street Colin moved to Seattle and joined a nascent RealNetworks in 1995.

A Selection of Apparel and Accessories for the Vternal Officionado

A Gold or Silver Locket laser engraved with your Vternal Key

Scroll to most Recent Message

Search all My Folders

Review and make changes to your Account Settings here.

You have no Items Stored

Rebuild an Album from a secret key
Enter a secret key below
Active
Deleted
Rebuilds
Let your memories live on.
SHARE A VTERNAL ALBUM NOW OR IN THE FUTURE
Choose an Album to share

Rebuild from a Secret Key

For Album : 'The Wrath of Khan'

Destination
Email Addresses*
Message
When?
Date
Delay
Repeating?
Send Once
Repeat
This Future Share will only be sent once

see comments for this item

Hello Campers. This a longer caption than normal
Description
Comments